Most of you may have heard about the latest DLC from “Rise of the Tomb Raider” called “Endurance Mode” which you access through “Expeditions” I went away on a vacation, and when I returned, I discovered it had been launched. I was not too sure about this method of gameplay, for I had heard mixed reviews about it. Some said it was a new “horror mode” and others thought well of it. I don’t draw any conclusions about anything unless I have experienced it myself. So, on the first day, I tried it I couldn’t stay alive for any time at all not even one day in the Tomb Raider universe. Yikes, it was difficult to be resourceful in this harsh world.  However, after a little practise, so far, I have made it to day 7 and then I was rescued after I lit a signal fire. Something else I found interesting is the amount of people that made it to each day is recorded for you to see. Of course, the more days, you survive, the fewer people have made it to that point. When I made it to day 7 it said only 44 people reached that point.

Before we get started I must mention you will need a Season Pass to play in this mode. I did see it in the “add on” section of the Xbox marketplace for sale as well, so I could be wrong about the Pass. However, I paid for a Season Pass; therefore, the addition was included as are many others yet to come.

In this new method of Tomb Raider survival gameplay, the object is to stay alive for as many days in the game as possible and then summon the helicopter to pick you up for your escape. There are challenges to meet throughout your gaming, and you also have the option to apply cards that add various abilities that you have either bought, collected or were gifted. Please note there are no game saves that I know of, so you must start from the beginning if you lose.

Various cards to apply to enhance your abilities. the more the merrier. 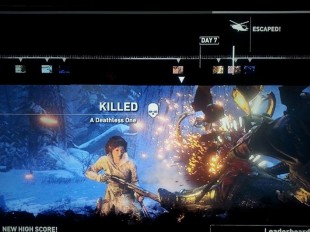 Yep, this is part of the timeline for one week of survival.

When you start, you will find Lara in front of a “Sno-Cat” that has broken down, and she is on the radio with the people (reconnaissance team) who will rescue her later. You are in a randomly generated undisclosed area of Siberia. The landscape always changes, and I have found certain places are not where they last were when I tried to find them again. The terrain and everything else is different. I liked that because you have to work harder to find shelter and food.

There could be more, but the ones I have encountered are from the regular game they are as follows: Trinity, snow leopards, wolves, bears and the Deathless Ones. These enemies are randomly generated and appear anywhere any time according to my experience. 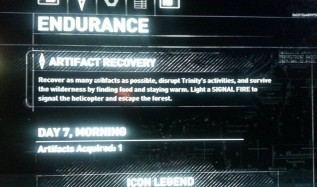 I took this screen shot to illistrate what is needed to successfully complete an amount of days.

Lara’s mission, as I have said before, is to survive as long as she can and then escape. The sticky bit is avoiding the environment’s regalia of assaults such as biting, blowing, freezing winds that kick up continuously. You must frequently hunt so her health won’t diminish from hunger. She will die if she goes too long without food. The same applies to heat loss. If she gets too cold, she will freeze to death. There’s a heat meter and a hunger meter. Both turn red when she is getting critical. They fall fast, so it is the integral and strategic part of the game.

You must use stratagem to survive. You need to learn how to read the land, and how to gather and sustain your food items. You have to learn how to keep a heat source nearby and how to reserve your weapons. One missed step, one death by a Trinity operative or exotic animal, etc. and you are toast and BING the game starts over.

It does, however, save your last amount of days survived. That is something at least.

I highly recommend this game addition. It not only extends the enjoyment of Rise of the Tomb Raider, but it introduces a new perspective on the dynamics. It feels closer to the way surviving in a hostile environment would be. So far, I do believe there is only Siberia to exercise your staying ability. I do hope they open other areas in time. We shall see. For now, join the party and play Endurance Mode! The latest great thing in Tomb Raiding!

Thank you for reading! 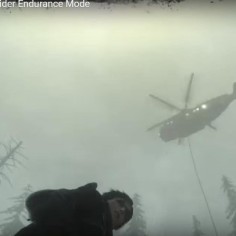 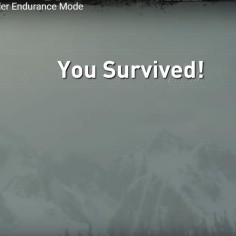 Congratulations you made it! 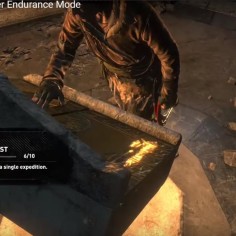 One of the challenges is that of “Master Archaeologist” You can find Artifacts to collect everywhere. There is a challenge to find five and this one to find ten. It adds to the experience and is great fun.

Apparently, only 44 people reached this point when I did. I think that’s pretty cool!

2 thoughts on “[New] My Experience with Endurance Mode”