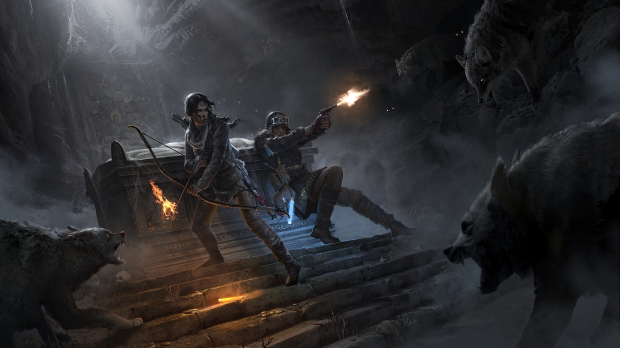 There is some grand news in the world of Tomb Raider. Let’s start with the newest game in the Tomb Raider series, “Rise of the Tomb Raider” with the current exclusive deal with Microsoft PS4 fans have been bubbling for months about when the PS4 version will be available. Well, wait no more, for you now have a date: October 11, 2016! There is also a new trailer about the game and its fantastic run for the past 20 years of which this is the 20th anniversary year!

You can view the newest trailer involving the celebration below.

Also, one of the coolest things I saw at the end of the trailer was how they mixed classic Lara with Rise of the Tomb Raider! Here is the picture: 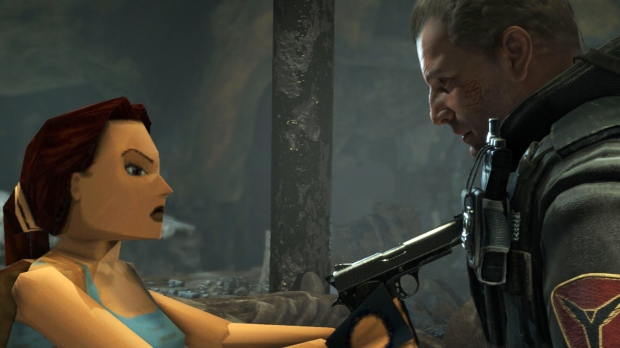 I adore the touch, and oddly enough my profile picture is also a mix of classic Lara standing in front of a background from Rise of the Tomb Raider. And now let’s get on with ROTTR PS4 info.

Let’s examine the forthcoming release of “Rise of the Tomb Raider” for PS4 shall we?

I know many people have questions about the content in the PS4 version of “Rise of the Tomb Raider”. Please read the factsheet below.

Rise of the Tomb Raider: 20 Year Celebration includes the critically acclaimed Rise of the Tomb Raider, nominated for over 75 “Best Of” awards, in which Lara Croft becomes more than a survivor as she embarks on her first Tomb Raiding expedition to the most treacherous and remote regions of Siberia.

Questions and answers: from Crystal Dynamics

Will Xbox 360 owners have access to “Blood Ties?”
No. “Blood Ties” is available only for PlayStation 4, PC, and Xbox One.

Is VR Support coming to any other platform?
VR support for “Blood Ties” will only be available on PlayStation 4 at launch.

Why the full retail price point for PlayStation 4 and PC?
Rise of the Tomb Raider: 20 Year Celebration includes not only the award-winning and critically acclaimed full game, but the entire season pass (a $29.99 value), and an abundance of new content including a new story chapter called “Blood Ties”, co-op play for “Endurance Mode”, all previously released outfits and weapons, and more. We feel this is a great value for the $59.99 price point.

Why is there no season pass for PlayStation 4?
As all previously released DLC is included in Rise of the Tomb Raider: 20 Year Celebration, a season pass is not required.

How long is “Blood Ties?”
Solving the mysteries of Croft Manor in “Blood Ties” takes over 60 minutes of play. “Lara’s Nightmare” is a replayable mode within Croft Manor.

Will the classic Lara skins be playable in Rise of the Tomb Raider’s campaign? UPDATED
The skins are part of a card pack and usable in “Expedition Modes” such as “Chapter Replay”, “Score Attack”, and “Endurance Mode”. Additionally, after finishing the main campaign (story complete) the classic Lara Croft skins become unlocked and you can wear them as you re-traverse through the world.

How does “Extreme Survivor” differ from other difficulty modes?
This new difficulty level takes the toughness of “Survivor” and ratchets it up several notches starting with all checkpoints being stripped out of the game. The only way to save the game is forage enough resources to light campfires.

Is the October 11, 2016 release date global? Or are there different dates depending on the territory?
Rise of the Tomb Raider: 20 Year Celebration launches on October 11 worldwide.

Okay, there you are. I know I am certainly going to get the PS4 version. I am happy that before I leave for a few days of fun, I could update about this fantastic news! I hope everyone is happy with this much awaited Tomb Raider news. I shall return Tuesday. More content awaits. 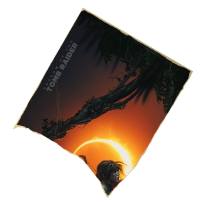 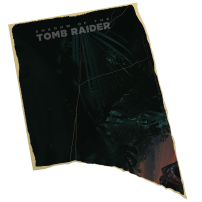 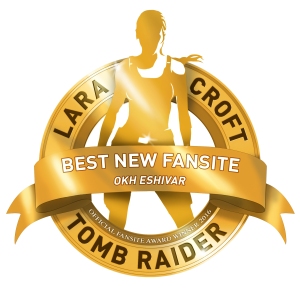